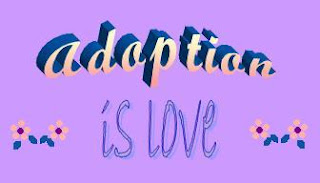 It's taken me all week to get to my gratitude post. I suppose I've been overlooking small, daily gratitude opportunities in my manic scramble to organize the upcoming Motherhood: From Egg to Zine (and everything in between) show, but yesterday, I got my gratitude socks knocked off, and I couldn't put off the weekly gratitude any longer.

1. The officer assigned to Mr. Wright's assault left a voicemail stating, "We're ready to charge the three guys who jumped you... We've located two witnesses and have some suspect photos for you to look at."

2. The adoption support division called to say that both Curlytop and Snugglebug have been approved for adoption subsidy. That means they'll get medical coverage from the state until they graduate high school. It will cover their speech therapies, physical therapies, sensory integration therapies, occupational therapies and cognitive therapies. Treatment and monitoring of Curlytop's epilepsy will be covered. In-home nebulizers for Snugglebug's asthma and emergency room visits for steroidal treatments when she can't breathe will be covered. If the girls need counseling in the future to sort out their feelings about their birth parents, it will be covered.

I was actually so relieved after getting off the phone with the adoption support worker that I broke down and cried.

3. Finalization for the adoption of the girls' half-brother, Omri, should take place within the next week or two. The family who is adopting him had been in - as his adoptive mom calls it - "adoption hell" for the past several months, hitting paperwork snag after paperwork snag. Finally, blessedly, it appears that all of the documents are in order and the court is ready to proceed with finalization.

We are in frequent communication with Omri's adoptive family, with whom he has lived for most of his five years. Our families have both determined that building a relationship between the three children is a top priority for all of us. The children, even at this young age, know about one another, and we visit in person as often as possible.

I'm grateful, too, for Omri's adoptive mom, who is biologically the great-aunt to Omri, Curlytop and Snugglebug. She is the tribal family link to our girls' Native American heritage - a heritage we embrace, treasure, value and are dedicated to passing on to our daughters.

4. My column sparked another impassioned letter to the editor... and this time, it wasn't hate mail.

It was, instead, a totally supportive letter, affirming my point of view in my piece, Don't Lie for Me, Argentina? Cue warm fuzzies and feelings of validation.

Blurted by Christina-Marie Wright at 12:56 PM