Don’t Lie for Me, Argentina? 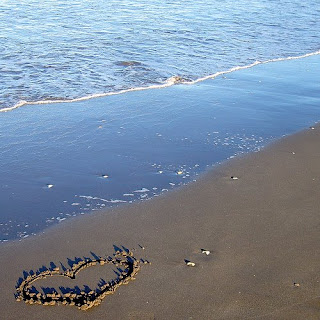 This just in: A politician had an extramarital affair. In other news, scientists have discovered the sky is blue.

Infidelity is nothing new. In ancient mythology, the half-god, half-mortal characters of Perseus and Heracles were conceived during Zeus’s affairs, proving that, even then, leaders couldn’t keep it in their pants. In the Bible, King David had an affair with Bathsheba, killing her husband before becoming the poster child for repentance.

In the not-so-distant past, we’ve witnessed confessions of adultery from Bill Clinton, Eliot Spitzer, Gary Condit and even Jim Bakker and Reverend Jesse Jackson. We are not a sheltered people. We know infidelity exists, but do we have to watch it happen in the news every single day?

South Carolina Governor Mark Sanford didn’t just have an affair with his Argentine mistress. He’s shared terribly intimate details with us and painted his adultery with a brush of tragedy worthy of The Bard. “…This was a love story,” he said. “A forbidden one, a tragic one, but a love story at the end of the day.”

The amount of media coverage of Sanford’s confessions has reached embarrassing levels; not just for Sanford, his wife and his mistress. I feel like a voyeur every time I click on a headline to read the latest. It’s like the scab I can’t stop picking at, even though I know it’s going to bleed. Please, Mr. Governor, arrest your crisis of conscience! Lie to us. Tell us you have nothing more to say.

It’s his wife, really, that I’m fascinated by.

Sanford has publically claimed that mistress Maria Belen Chapur is his “soul mate,” but that he is open to trying to fall back in love with his wife. Jenny Sanford, in return, has stated that she is open to forgiving the Luv Gov. "Forgiveness opens the door for Mark to begin to work privately, humbly and respectfully toward reconciliation," she stated.

I have to say, she’s a nobler woman than I. Would I be able to restore a marriage with a man who publically claimed his soul mate resided on another continent, but was willing to try to “fall back in love” with me? I’m not sure. I don’t have much of a sense of humor about being my man’s second choice.

Sadly, adultery has become a tolerated, commonplace occurrence. The Ashley Madison Agency, an online dating company, offers discontent married folks the promise of excitement by way of extramarital trysts. Their tagline? “Life is short. Have an affair.” Ashley Madison even provides an Affair Guarantee. If you aren’t able to violate your marriage vows within three months of signing up for the guarantee, they will refund your money ($249, in case you were wondering).

Having a successful marriage is hard enough without being barraged by daily stories of infidelity. Trust me, Mr. Wright’s tendency to lose keys and misplace credit cards is, at times, taxing on the intimacy front. I have good evidence he feels the same way about my less-than-impressive housekeeping skills.

The point is, we wrote our own love story when we married. We continue to write a new page each day, and some chapters are more tragic than others. Where is our headline? Where are the news stories about couples who, against odds, make their marriages work? Listen up, media moguls: The state of marriage in this country is abysmal. Why not encourage couples to work through their issues and remain faithful by sending marital success stories to the front pages?

What? It won’t sell papers? Stories of dedicated marriages won’t encourage viewers to tune in?

Perhaps we need to return to a simpler time, when adultery was less acceptable. Consider Leviticus 20:10: “If a man commits adultery… both the adulterer and the adulteress must be put to death.”

Think of the headline potential!

Blurted by Christina-Marie Wright at 12:09 AM