I'm starting a new blog feature called "20 Questions with..." I want to feature passionate, creative women who are following their dreams. If you're interested in being a 20 Questions feature, let me know, and I'll send you the questionnaire.


To get things started, I've answered the 20 Questions form. Enjoy! 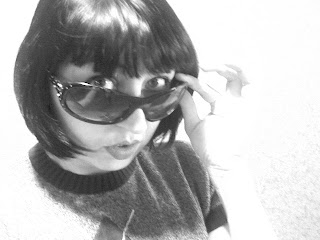 About Christina-Marie, in two sentences: She’s the sanity-challenged mother of seven kids, author of Everything I Need to Know About Motherhood I Learned from Animal House and The Gonzo Mama newspaper column. Christina-Marie likes Southern Comfort – a lot.

I write about all the mistakes I make as a mom, a woman, a wife, a member of society. I make people laugh – mostly at me. I do it because as women, we need to ease up on ourselves and stop expecting to be perfect. We also need to stop hating on each other. We have far more to gain by sharing our experiences and encouraging one another than we do by pointing fingers and chanting, “She’s doing it wrong!” or allowing jealousy to divide us.

I also do it because I missed the opportunity to be the class clown in school. I was too busy being a bookish nerd.

2. Did your passion sidle up next to you and offer to buy you a drink, or did it pimp-slap you and say, “You’re gonna work for me now, see?”

I’ve always been a writer. Even as a kid, I was always writing.

Not to be persnickety, but I must point out that it’s against the law to buy a kid a drink or to force a child into a relationship in which pimp-slapping would be appropriate.

All that aside, I never thought I’d be writing about motherhood, or that I’d find myself in the unique position to have a point of view on not only mothering, but also step-mothering and adoptive mothering.

The writing, I guess, sidled up and bought me a drink. The mothering definitely pimp-slapped me.

3. Disney is remaking Snow White, and has cast you as the eighth dwarf. What’s your name?

Since Sleepy is already taken, if my kids have anything to say about it, it will probably be Naggy. If my husband has a say, it’ll be Naughty – which will put Disney into a whole new type of movie business.

4. Are you more of a Jackie, or more of a Marilyn?

5. Peter Pan, in all his lithe nimbleness, has appeared at your window with the intent of whisking you away to someplace fab. All you need to fly is one happy thought… What comes to mind?

Besides being whisked away to someplace fab? Tokyo. I heart Tokyo with every fiber of my soul.

Or maybe just going to the bathroom in peace.

6. What makes you feel sexy?

Any day that I actually style my hair and put on makeup is a sexy day. Also, a successful reading and book signing makes me feel pretty sexy. Hot, strappy heels that don’t hurt my feet make me feel very sexy – especially if I don’t trip and fall on my face while wearing them. Sex makes me feel sexy.

7. If you had all the time in the world, what would you do more of?

I’m gonna totally dork out on you and admit I’d read more. And sew. I actually love to sew dresses and gowns, but never quite seem to find the time or space to do it.

8. What’s the last thing you bought that later made you scream, “What was I THINKING?”

Electric blue mascara. Of course, I didn’t scream “What was I THINKING?” until a couple years ago, when I looked back at my high school photos.

Also, a string bikini top. I’m sorry, but a little triangle of fabric just doesn’t have the power to properly contain a 34D breast.

Depends on the night.

When I was in Japan, I couldn’t find Diet Coke anywhere! They had Coke Zero (blecch!), but no Diet Coke.

10. What’s something you know you should do for your body, but don’t?

Drink more water. I’m like that kid in the Signs

movie, though… Water always tastes weird to me. If it’s treated, I can taste the chlorine or whatever. I have trouble with ice, too. It’s like I can taste the Freon used in the freezer or something.

We have a tap filter, but I still have to force myself to drink water.

11. What do you want on your tombstone?

“She was born. She lived. She mothered. She wrote. She died.”

I don’t even want a tombstone. We just don’t do that in my family. We all get cremated, then scattered around somewhere pleasant. No grave, no stone, no coffin. Simple.

12. Let’s talk about your first kiss. What happened?

Oh, Lord… His name was Jason Holt, and he was in the sixth grade. I was in the eighth grade, but he was older than me by a few months. (I skipped a grade; he started kindergarten late.) It was after school, on the sidewalk in front of the buses, as I was about to get on.

Everyone was already on the bus, but I was lingering to say goodbye to Jason, because we were “going out,” and that sort of lingering is what you do when you’re going out, right?

Anyway, he moved in to French me, but I kept my lips closed because, ewww… he was going to put his TONGUE in my mouth?! It was horrifying. Jason was disappointed that I was so inexperienced at twelve years old, and everyone on the bus saw the exchange, thus earning me the nickname “Hot Lips” (ironic, because it was so NOT hot) for many months to come.

This has nothing to do with the kiss, but in high school, our drama club did a production of M*A*S*H, and I was not, in fact, cast as Hot Lips, even though I wanted to be. Tara Kalian was cast in the role I wanted, and I was cast as some obscure nurse. She was way more popular than I was, what with me being a bookish nerd and all. I retaliated by ad-libbing a bunch of hilarious one-liners throughout the performances, thereby (I’m sure) stealing the show.

13. What’s one thing you’d never reveal on a first date?

“I’m not quite sure how to tell you this, but… I’m married.”

14. Who would play you in the movie of your life?

Keanu Reeves. Sure, he just has that ONE character he plays, but casting agents seem to find that one character versatile enough to use in romances

alike. I think my life is pretty much a romantic action comedy, so why not?

15. What’s the one song that makes you feel like you can take on the world? You know – the one you bust out the serious moves for when no one is looking?

” by Flo Rida. Especially on the “she turned around and gave that big booty a slap” part.

While my wild streak might have me lean toward a rock star like Fergie, I once saw a photo of Duchess Fergie mischievously using the tip of her folded umbrella (“brolly?”) to poke a woman in the bum. Princess Di joined her. I’ve been a big Duchess fan ever since. (Photo source) 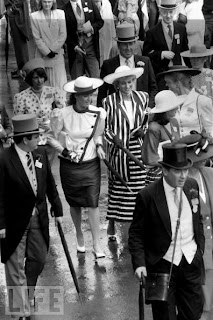 Plus? I have a tea cabinet – an entire cabinet devoted just to tea. Love me some tea.

17. What real-life dream gets you so excited, it keeps you up at night?

The dream of someday sleeping in a bed that doesn’t have any kids in it.

18. If you could go back in time, what advice would you give your 12-year-old self?

“Don’t let the haters get you down.”

If I’d have known, back in high school, how little the stupid, malicious things people said would affect my real, adult life, I would have had a much easier time blowing them off.

But when you’re in your pre-teens and teens, it’s impossible to know or accept that the smack people talk about you doesn’t. mean. a. thing in the real world. I’ve tried and tried to encourage my daughters with this happy news, but… you know. They have to live that reality for themselves.

I saw one of the popular girls who made my high school years miserable in the post office the other day. She was wearing sandals, and her heels were all dry and cracked and truly disgusting, so I figured that was God’s way of evening things out.

19. Welcome to Suicide Karaoke. You’ve gotta sing. Your life depends on it. What’s the song that’s going to save you?

.” The Krokus version, not the original.

20. You’re heading to a potluck. What’s your never-fail dish? Share the recipe!

Put everything into a large stockpot, stir and bring just to boiling.

Reduce heat to low and simmer, uncovered, for one hour, stirring occasionally.

OR… throw it all into a crock pot and let it simmer all day.

Blurted by Christina-Marie Wright at 1:05 PM