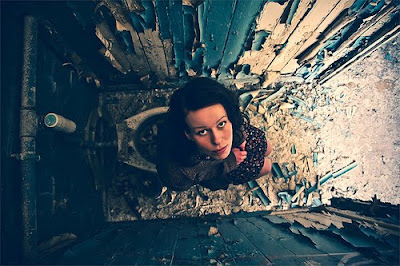 The Gonzos have recently moved into a bigger home. With the exception of the additional space, my favorite feature is the locks on the bathroom doors.

Confession: I haven’t gone to the bathroom or taken a shower without someone coming in for at least ten years.

While I grew up with just one sibling in the house, Mr. Wright came from a large family and developed different ideas about privacy than I did. In fact, if I ever start to feel lonely, I know I can hop into the shower and Mr. Wright will appear in the bathroom within seconds, citing a pressing need to discuss matters so crucial they can’t wait until I’ve washed, rinsed and repeated.

The first few times it happened, all those years ago, I was startled. “Hey, I’m in the shower,” I said. “Oh,” he replied. “I’ll speak up so you can hear me!” In my sheltered pre-Wright world, taking a shower meant ten glorious minutes of selfish solitude. Now, it means having a conversation about which days Mr. Wright will be out of town while coincidentally standing under a running stream of water.

The toddlers have no concept of, nor desire for, separateness from Mom. My hips have grooves worn in them from toting kids. They’re like two built-in saddles at this point. I haven’t eaten a meal without someone sitting on my lap since Curlytop arrived. These days, I sneak bites in while refereeing shrieking matches over who gets to sit on which knee. Is it asking too much to feed myself without having contortionist abilities?

What’s more, Snugglebug and Curlytop are compelled to barge into the bathroom every time I sit down, and provide running commentary. “Are you going potty on the big girl potty, Mommy?” “You’re going to get a sticker, Mommy? ‘Cause you didn’t go potty in your pants?” “You need to get the paper, Mom, and don’t forget to wash your hands, okay?” I really hope they don’t write my biography.

I’ve trained the older kids to knock on any bathroom door that is closed, and they’ve learned compliance. They knock and wait for permission to come in. Mr. Wright has learned to knock, too, but he uses it as a warning system. Once I hear his distinctive knock, I know I have about half a second before the door opens. “I’m in here!” I cry. “I know,” he says. “I knocked.”

The locks on the new bathroom doors work like a charm. I go in, lock the door, and start my shower or do my business. I ignore all knocks on the door. The knocking party figures it out when they try the knob. By the time I finish, my entire family is standing outside the door. It’s a beautiful thing.

I know the day is coming – years from now – when I won’t be able to make it to the bathroom or shower by myself. At that point, I suppose, privacy ceases to be a reasonable expectation. Maybe I shouldn’t get too used to those locks, right?

I hate to cut this short, but someone is knocking…