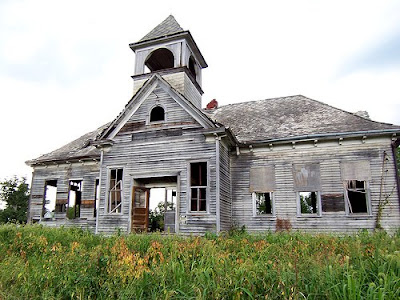 Whew! I know you darlings didn't actually expect me to post Bad Gratitude Monday on MONDAY this week (or any other week, for that matter - it's rarely posted on Monday)! So much to do, so much to buy, so much to stress over...

Melody Beattie has a wonderful quote about gratitude, and it's very fitting today:


Gratitude unlocks the fullness of life. It turns what we have into enough, and more. It turns denial into acceptance, chaos to order, confusion to clarity. It can turn a meal into a feast, a house into a home, a stranger into a friend. Gratitude makes sense of our past, brings peace for today, and creates a vision for tomorrow.

Amazing, isn't it? This week has been tough. Really tough. However, I have endless gratitude for:

1. Court dates. We've received a (tentative) date for finalization of Curlytop and Snugglebug's adoptions. We're hoping that everything goes as planned, and we finalize on September 22nd. I know many have been praying for our family, and for resolution of the adoption. Looks like it's finally coming!

Also, we received a notice from the prosecutor that Tattooed Necklace Guy is going to trial in October. Creepy Lurker Dude was arrested, and we'll wait to see when his trial is. Read the back-story here. I'll keep you posted. Thank you to all who have prayed for justice. It is arriving, slowly but surely. Continue to pray that these monsters will not be allowed to "work the system" and escape consequence.

2. My amazing kids. Like most families with seven kids, we are always on a tight budget, and, like many blended families, we have been able to share many expenses with our kids' non-custodial parents. This year, however, the bio mom of four of our kids decided to refuse to contribute to expenses for school supplies and clothing because - well, I don't know why. She is frequently bitter and angry, and I can't explain most of the things she does. In any event, our budget for half of the kids' needs certainly wasn't going to cover everything they needed.

Know what their response was? They went into their rooms, did inventories, and came back and said things like, "My friend gave me this skirt because it doesn't fit her, but it's practically new. I can wear this to school," or "My backpack from last year is in pretty good shape. I don't mind using it for a while," or "I have the dress shoes you got me over the summer, so I really only need one pair of street shoes," and "It's okay. We have more than a lot of people. It's just stuff."

Can I tell you, readers, that I found a quiet, private place to bawl my eyes out? Even though things have been emotionally strained in the Wright household as of late, these are the kids that I remember choosing to spend a December collecting cups of dried soups, small bars of soap, mini-bottles of mouthwash and packaged cheese and crackers, which they assembled into care packages. On Christmas Eve, we took the packages into downtown Seattle and handed them out to homeless people. Seeing my kids blessing others who were less fortunate and praying with them is a sight I don't remember often enough. How could I ever be cross with such generous kids?

3. Provision. We live in a rural area, and between us and civilization is a bridge. Beebe Bridge is old and beautiful, but Monday it looked like this: 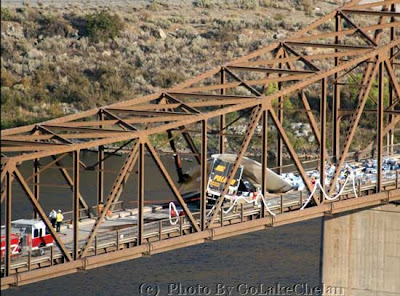 A semi truck hauling apples made an abrupt turn on the bridge for some reason and broke through the side of the bridge. The cab of the truck snapped off and fell into the Columbia River. The driver, a 48 year-old woman from Olympia, was seat belted in. Her body was recovered hours later. Her driving partner, a male, is presumed dead and his body has not yet been recovered from the river, despite extensive searches of the water and shoreline. Please pray for the families of these victims, and that the body of the second victim is recovered soon.

The bridge has sustained considerable damage. It's sagging and it's not clear how long it will be closed. What that means for us is that in order to get to Chelan, our "town," we have to drive all the way to Wenatchee and up the west side of the Columbia - about an hour and a half, one way.

Now, I can miss my belly dance classes for a few weeks, and I can do my shopping in Wenatchee, but my kids go to school in Chelan. Driving six hours to get them to and from school (three hours round-trip, twice a day) is not in our gas or time budget, to say the least. Fortunately, the school district has stepped up to help kids in our area get to school. The buses are running an hour earlier each morning and returning an hour later each afternoon, but they ARE running, and getting our kids to school.

4. Being able to make a difference. I remember seeing the events of 9/11/01 on television as I woke and prepared for the day. I watched as news crews reported on the horrific sight, even as the crashes kept happening. I remember thinking, hoping, praying that I was still asleep - that it couldn't be real. "This is the United States," I kept crying. "How can this happen?"

That night, we joined hundreds of others in lighting candles and leaving flowers and written prayers at the International Fountain in the Seattle Center. The entire place was awash with flickers of candlelight, and the sound of quiet sobs was the only noise.

September 11, 2002 we returned to the fountain. There were noticeably fewer people, but organizers had mulched the flowers left the previous year and made packets of mulch and bulb flowers to send home with those who returned. We planted our bulbs the next day. Our dog dug them up and ate them. I was devastated.

In 2003, even fewer people went to the fountain. Our kids were saddened that theirs were some of the only candles lit. By 2004, the tradition was pretty much abandoned, though we stopped by and said a prayer. We moved in 2005.

Since then, our remembrance of 9/11 has been pretty much a quiet, private one. This year, I'm publicly doing something to help keep the memory of those lost in the tragedy alive. I hope you'll help.

Project 2,996 is an online cooperative effort to remember the 2,996 victims of September 11th. Bloggers (or even those who want to participate but don't have a blog) research and write a tribute to an assigned victim. So far, just over 675 people are signed up to write an online memorial.

I truly believe it is an honor to serve the memory of those that were lost. This project is, in my opinion, too important to not take part. Please, if you can spare an hour to research and another hour to write a tribute, sign up here. If you don't have a blog, a page to post on will be provided for you. I am endless grateful to be able to help this effort, and my plea to you is that you'll do the same.


What are YOU grateful for?

Blurted by Christina-Marie Wright at 11:20 AM