Kind of Sexy, in that "I-Caught-a-Serial-Killer" Sort of Way

Somehow, Mr. Wright and I switched Palms today. To tell the truth, it's not a mysterious "somehow," but easily explained by a "someone" who raced out the door without actually looking at the device he plucked from the nightstand. Ahem.

I decided to make the best of it and swipe the drag queen video I promised you many days ago. Alas, the video is MIA.

It's not a total loss, though. Just look at the goodies I found on his MicroSD card: 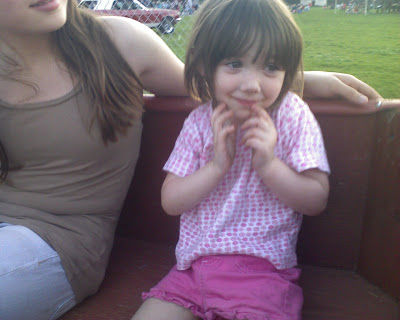 Perhaps the most adorably goofy pic taken of Snugglebug, ever 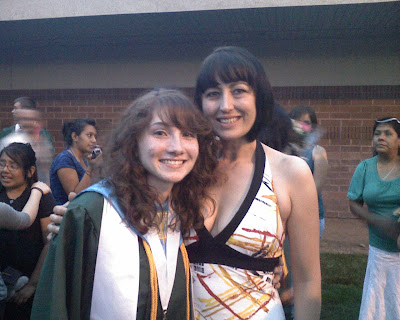 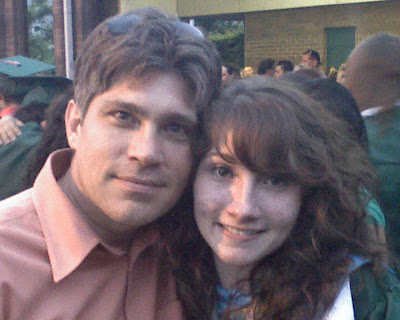 The video of belly dancing on Earth Day: Watch as I lose my sense of direction and turn the wrong way; not once, but twice! I would be the peacock in the back. My beautiful 12 year-old daughter, Pepper, is in front of me. I made her choli (small cropped top worn in belly dance) the night before! 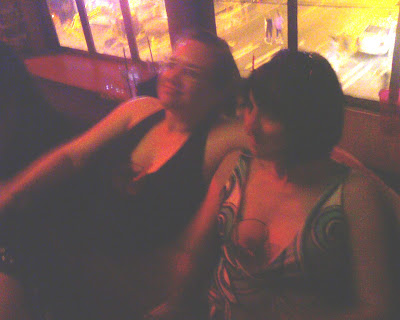 The Divine Miss Teri B and me, demonstrating the only thing our boobs turned out to be good for in a gay bar

In my search, I also located this dirty little secret: 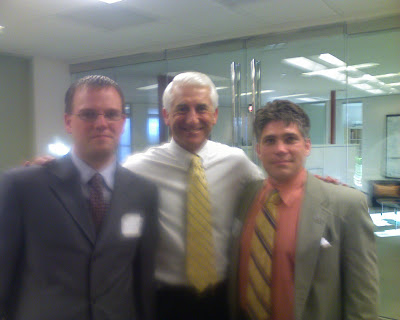 Oh, I hear you. You're saying, "What's dirty about this picture? What's the secret?"

People, people... DO YOU EVEN KNOW WHO THAT IS?!

Okay, on the left is Nathan Gorton. He's the Executive Officer of Snohomish County-Camano Association of REALTORS. You're right. His presence is, at a glance, neither secretive nor dirty. Actually, you can just forget Nathan is in the picture, for dirty secret purposes.

On the right is Mr. Wright. Again, not overtly dirty or secret-y.

In the middle... In the middle is Congressman Dave Reichert. He's the author of Chasing the Devil: My Twenty-Year Quest to Capture the Green River Killer.

Some women have a thing for Sean Connery. Not me. My older-man crushing is all targeted at the Congressman. He is my only celebrity crush; kind of sexy in that "I-caught-a-serial-killer" kind of way.

A couple of years ago, I stalked him at the Capitol and introduced myself. When I saw him a year later at the Seattle First Citizen's Award banquet, he pretended to remember me, and I let him.

So here's the dirty secret:
Mr. Wright went to Washington, D.C. to meet with Senator Cantwell this past week, and while he was there, he stopped in to see my pretend boyfriend, even though I wasn't with him!

Isn't that sort of like cheating on me with my pretend boyfriend?

Blurted by Christina-Marie Wright at 2:00 PM