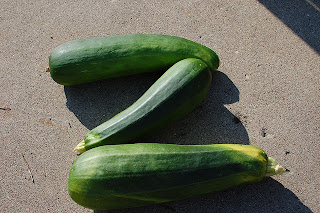 If you leave your car unlocked, with the keys in the ignition, do the police still say it’s a crime if someone takes it?

Here’s the deal: The police say you’re stupid for leaving your keys in your unlocked car, but they do not say you’re not the victim of a crime. How do I know? I’ve had my car stolen – twice – by criminals who simply reached in the open driver’s side window, started up the engine with the keys left in the ignition, and driven off on a wild joyride.

The first time, I was a small-town girl in a big city, and I didn’t know any better. I’d been sent to the stationery store for file folders. I was a paralegal intern at a law office, and it was my first job in the legal field. I was so excited to get out of the office, away from the male law firm partner’s suggestive comments and leering glances – and away from the icy stares of the female firm partner, his girlfriend – that I left my keys in the ignition while I ran inside for a task that should take no more than five minutes.

An unsavory fellow followed me in, and while I debated the virtues of color-coded file folders, he lingered by the door, watching me and gesturing to someone on the street. As I approached the cashier, the creepy dude bugged out, running down the street in a dead sprint. By the time I got my change and exited the building, of course, both the dude and his accomplice were gone – in my car.

My car was found, days later, abandoned on a nearby Native American reservation. State patrol impounded it, and I had the dubious privilege of paying the impound and towing fees to retrieve my own stolen car. They never caught the thieves, and I eyed with suspicion every young punk in a stationery store for years.

When I moved back to my small hometown, I began to let my paranoia fade as I wrapped myself in the familiar security of knowing and trusting one’s neighbors – and by “neighbors,” I mean everyone within a ten-mile radius.

I began to leave my car running while I checked the mail at the post office. I laughed when my adoption attorney advised us to lock up our cars during the summer. “I’m serious,” he said. “An unlocked car is an invitation for desperate gardeners to unload surplus crops this time of year. You’ll go back to find your car filled with zucchini.”

Perhaps that’s why he left our Honda unlocked when I picked him up the other night in our full-sized SUV on the way to my parents’ house for dinner. We had a wonderful meal, visited with family, and headed home late, completely forgetting about the car we’d left in the parking lot of the store on the hill.

“How did they take it?” I asked. Mr. Wright, nearing tears, admitted he’d left the car unlocked, and the keys inside. “Unlocked? But why?” I screamed. “We have plenty of zucchini in the refrigerator!”

The culprits were apprehended about 24 hours later, driving my precious Honda down the highway. They were kids; teenagers. I almost felt sorry for them until I saw my GPS unit missing and found a glass pipe on the passenger side floor.

The car was even more of a disaster than when they’d driven it off – papers rifled through and strewn throughout the car – so it wasn’t until Mr. Wright cleaned it out the next morning that we discovered where, in all probability, my GPS unit had gone.

The bandits left about a gram of weed under the front seat. At a different time in my life, I might be tempted to call it even on the GPS, but a bag of grass isn’t going to help me find my next book signing location, and I don’t think I can alter my zucchini bread recipe to make proper use of the stuff.

As Mr. Wright handed his find over to the deputy, he laughingly asked, “If no one claims this within 30 days, do I get it back?”

I guess he’s really torn up about not getting the zucchini.

Blurted by Christina-Marie Wright at 1:34 PM