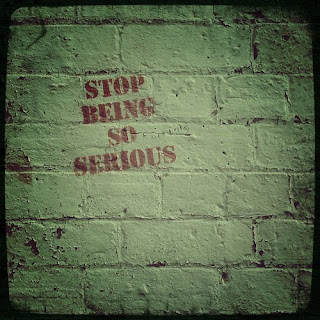 That's right... You know what word I'm talking about.

Confession: I am terrified to read in public. I mean, part of the reason I write is so I don't have to talk to people. Don't get me wrong - I love people. I like to think I'm as much a "people person" as the next guy, and with Mr. Wright being "the next guy," I try to be a tough act to follow. That is, when I'm not actually doing an "act."

If you know me in real life, you know I'll talk your ear off. You know how tough it is to have a conversation with me, because I just won't. stop. talking. Maybe you've seen my theatrical efforts, watched me onstage playing a spinster (Crimes of the Heart), a courtesan (A Funny Thing Happened on the Way to the Forum), or an ad executive (Twelve Angry Jurors; an adaptation of Twelve Angry Men). Maybe you've witnessed the spectacle that is my belly dancing effort (if so, my most sincere apologies).

The thing is, none of those compare to reading my work in public. I can have a one-on-one conversation with someone, even if it's more of my "one" than my companion's. I can put on a costume and become someone else. I can even comically shake my money maker with minimal humiliation, but doing literary readings makes my lunch wanna get up and dance... right up my esophagus and out my mouth.

It's just so... personal. Baring my soul to (what I hope will be) crowds of strangers adoring fans is a little -- well, soul-baring.

Do you have any tips on how to overcome stage fright? Or a secret fear of your own?

Let's get the "F" out of our lives, together!

Blurted by Christina-Marie Wright at 2:16 PM