Parenting is an Act of Faith 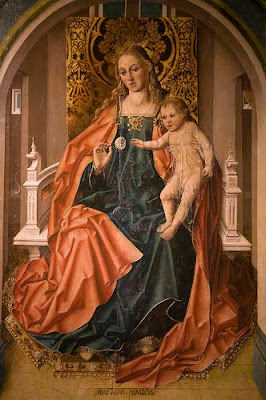 When people find out I have seven kids, the first thing they ask is whether I’m Mormon, or Catholic. In this valley, that’s a fair question. When I answer that I’m Pentecostal, the second thing I hear is, “You have seven kids? But… you look thin/great/fantastic/terrific/[insert flattering adjective here]!” and – let’s face it – I do.

I’m fond of saying that after I gave birth to my son, I got the rest of my kids the old-fashioned way. And by “old-fashioned,” I mean OLD… like, Biblical times old.

I have four full-time step-children. “Full-time” means I have them about 300 days per year, with time off for good behavior. Last year, when my step-kids’ birth mom got angry at me, she refused to take her summer visitation, blessing me with an extra 30 days with the kids. I suppose “time off for good behavior” is in the eye of the birth certificate holder, in my case.

Speaking of good behavior, how hard would it have been to be Joseph, the original step-parent extraordinaire? Step-parenting is hard, even when you aren’t raising a messiah. I hear, “You’re not my mother” or “My mom is better than you” often enough that it makes me want to perforate my eardrums. I also get my fair share of “When my MOM hears about this, she’s gonna be real mad at you.”

Poor Joseph. Can you imagine? If the Son of God, said to me, “My dad is gonna be REAL MAD when he hears about this,” it would put the fear of…

Well, let’s just say it would alleviate any shortage of fiber in my diet.

Joseph probably never got to tell any of the standard parenting white lies, either. He probably never said to Jesus, at the marketplace, “I agree. That truly IS the most amazing piece of useless trinket garbage I’ve ever seen. I would totally buy it for you, but I forgot my wallet, and I don’t think they take debit cards. Next time, I promise!”

No, raising a messiah probably doesn’t lend itself to what I, for one, see as untruths necessary for my parental sanity.

It is vitally important that you get the answers to these questions right. One particular adoptee – perhaps the most famous adoptee of all – did not know he was adopted. He didn’t have a relationship with his birth family or learn his first family’s heritage while he was growing up, though I will step out in faith and say his adoptive parents did NOT know where the boy originally came from. The fact that he grew to adulthood is proof enough of that, because his adoptive dad had a serious penchant for killing babies in this kid’s family tree.

I’m speaking, of course, about Moses. Moses’s adoptive father, while possibly being a decent or even doting parent to Moses, was a snarly, angry bigot who decimated anyone who dared to challenge his position or authority.

The story of Moses teaches adoptive parents that you shouldn’t adopt if you have a tendency to kill people. Otherwise, your sweet little adopted kid will grow up, find his birth family, and came after his adoptive family… with the wrath of God following him.

Are you Mormon? Catholic? The slightly edgier Pentecostal? Maybe you’re a Jew or pagan. Heck, you may be agnostic or atheist. It doesn’t matter. Parenting is an act of faith, no matter how you get your kids. You do the best you can and hope – pray – that your kids will turn out okay and not kill you in your sleep.

Blurted by Christina-Marie Wright at 9:19 PM