Is it Really a New Year? ‘Cause I’ve Been Here Before… 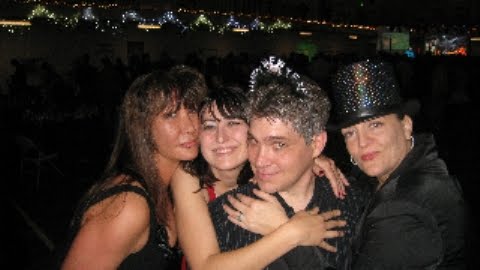 Some of the players: Sunshine, The Gonzo Mama, Mr. Wright and Lulu

In college, I relished nothing more than heading out for a night of “whatever,” and seeing where the universe led me. That, my friends, was years and years ago. These days, I like to have a plan, and I had one for New Year’s Eve.

It was a simple, moderately uneventful one. With all of the kids safely delivered to my in-laws’ home, Mr. Wright and I planned to attend the farewell performance of our favorite Seattle Eighties cover band. You may know the band. They were the house band at Doc Maynard’s for years. In any event, when Mr. Wright and I met, our shared love for this particular band launched us into nine years of cover band groupiehood. We followed the band all over the state, Safety Dancing in our favorite Eighties clothing. 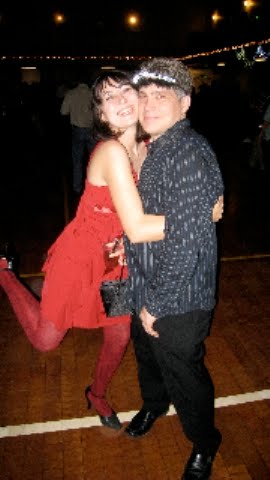 We can dance if we want to. We can leave our friends behind...


Clearly, we had to attend their very last show ever. We’d made arrangements to stay with our friend, Dr. Love, who lives a few blocks from the venue. Our plan also included dinner nearby, but I somehow forgot not only my tights, but also my makeup bag. A trip to the department store provided eighty dollars worth of makeup and hosiery; and we were only forty-five minutes late when met up with our friends, Dr. Love, Sunshine, Big Papa and Lulu.

Somehow, I thought we were all on the same page. I thought the plan was to go to the show, dance our rumps off, watch the Space Needle light up with fireworks, dance some more, and go home.

How silly of me.

After dancing our rumps only partially off, some of our tribe began planning a Belltown invasion. We slipped out the back door of the Armory to watch the fireworks at midnight. Following the obligatory “oooohs” and “aaaaahs,” I found our group had grown from six to nine Bacchanalians, and we were Belltown-bound.

I resisted. “I need to get a t-shirt!” I cried. They were out of shirts. “A tank top? A poster? A bumper sticker? I have to have a memento!” The merchandise vendor shook his head. “We’re out of everything but these refrigerator magnets,” he said. 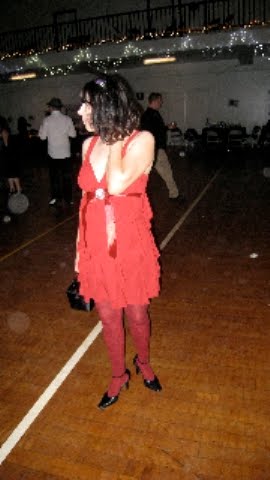 
Of course, my refrigerator is aluminum.

Unable to stall our departure any longer, I gave in to the group of friends tugging on my arm and found myself in the middle of a night of “whatever.”

We ran into old friends and made new ones in Belltown before Sunshine announced that she’d obtained the lowdown on a not-to-be-missed party in SoDo. It was 2:00 a.m. I tried to muster some enthusiasm as we caravanned to the shindig, but what I really wanted was a blanket and pillow. “Sure. I’m up for ‘whatever,’” I lied.

This particular “whatever” carried a cover charge of ten bucks per person. We dutifully shelled out multiple bills, with the promise of great music and a big dance floor. The music was there. The dance floor was there. Unfortunately, there were other, less-than-legal party favors, as well. Not our scene. We left immediately. I was secretly happy because, frankly, I could not wait to get to sleep. Our core crew headed to Dr. Love’s, where everyone had parked.

We didn’t arrive alone. In fact, about a dozen other people came through the door in short order. Goodbye, sleep; hello, “whatever.”

I spent half an hour talking to Pinstripe Pete, a nice guy who used to own a clothing store but now works at a vitamin outlet. I made friends with Blondie, who has a sad and overwhelming suspicion that she will never have children. She is, after all, 35 years old and yet to marry. I talked to Big Papa and Lulu – who are considering adoption – about our experience adopting through the state. I kept my distance from Dirty Girl, a questionable character who showed up with The Gallery Owner, a strange little man I’d met before but never really cared for. I talked conservative politics with a moustacheless Rhett Butler lookalike (Timothy Dalton in “Scarlett,” not Clark Gable) – a rare discussion in Seattle, to be sure. 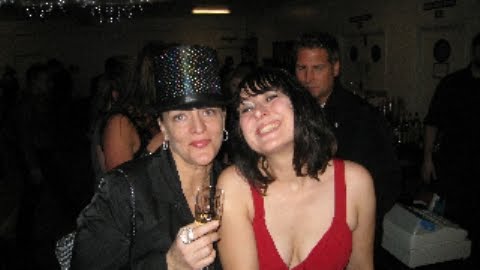 At 6:00 a.m., I surrendered, curling up on the sofa with a blanket and letting 2010 happen around me as I drifted off to sleep with this resolution firm in my mind: I will never, ever, ever try to relive my college days.

What’s your wish for the new year? Tell me all about it!

Photos by Lulu and Big Papa