I've been laying low lately, processing and planning. Have also been working on some freelance projects. Rest assured, dear readers - I have not forgotten you. There are, simply put, some things I just have to sort out in a forum more private than TheGonzoMama.com - like my own chaotic head - before I can adequately put them into words to share.

I'm working on it.

Wanna know what we named the babies?

After I posted the poll about naming the babies, I realized that the Flash polling form did not show up for those subscribed by email (What about those using a reader? Did it show up for you?). As a result, I got all manner of emails and Facebook messages, suggesting n 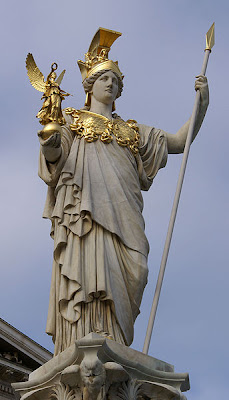 ames for my darling little ones (instead of voting on a spelling of the names we'd already selected). My favorite message suggested that we name Snugglebug "Nevaeh," because it's "heaven" spelled backward, and she's such a little angel; and that we name Curlytop "Athena," because her curly hair makes her look like a Greek goddess. Thanks to each and every subscriber who took time out of her day to think of creative names for my little ones.

However, Mr. Wright and I had already selected names for the girlies - we just couldn't agree on how to spell them. So, our handy little poll was used to determine the spellings.

Votes were pretty evenly split between Lillianna AnnMarie and Lilliana Annmarie for Curlytop, so we compromised, and settled on Lilliana AnnMarie.

The spelling for Snugglebug's name, in accordance with the overwhelming majority of votes, is Symphony Sinclaire.

We got the forms filled out and everything. Now, of course, I'm second-guessing. I mean, will people not pronounce Curlytop's name "Lilli-AH-na?" Will they call her "Lilli-ANN-a" anyway?

And Snugglebug... will she be teased because her name ends in "phony?"

I don't remember it being this hard when I named Pockets. I mean, his name just sort of popped into my head in a hormone-induced epiphany, and that was that.

How did you name your kids?

Blurted by Christina-Marie Wright at 12:49 AM