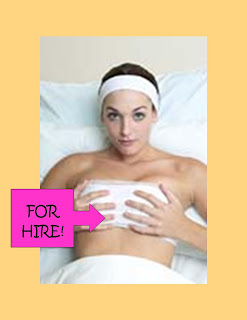 It’s sad when moms turn on each other. Motherhood is tough enough without having to keep one eye on the kids and the other over your shoulder to see who is waiting to judge or condemn you. However, that is exactly what has happened in the blogosphere in the last day or so. While the action continues in the center ring, Twitter’s capacity is overloaded, the sparring blogs in question are racking up hits, and everyone else (including me) has something to say about it.

Who needs UFC? We’ve got blogmamas to tune in to!

It is my opinion, redundantly enough, that an opinion is just that: an opinion. It is not a condemnation or judgment, and we are all entitled to one. Like the saying goes, “Opinions are like assholes – everybody’s got one.” The difference is, while I am willing to display my opinion to the world, I really hope someone would tell me if my asshole was showing.

The problem begins when opinions evolve people into assholes. It’s when an opinion is so vehemently stated and defended that it becomes a judgment.

I’ve got opinions. Strong ones. Some of my opinions don’t curry the favor of others, and that’s okay. As a vegan, for example, I really think that eating should be a celebration of life, and that my personal celebration needn’t involve another living creature’s suffering. I’m open to other opinions, and I respect them. For the record, I’m married to a hunter.

As a woman who has mourned the loss of a miscarried fetus, it is my opinion that life begins at conception. How else, then, could I grieve for my unborn child, if it was not truly a life to begin with?

I am not going to name names, since anyone genuinely invested in the battle already knows the players. I am not going to defend either party, since I see both sides and respect both of their opinions (Opinions, not judgments or back-biting behaviors – if you are a mama engaging in back-biting behavior, STOP. Motherhood should be a sisterhood, not a junior high clique war.). As a writer and publisher, I defend the rights of these women to speak their minds, even if their respective opinions do not prove to be popular.

I have deliberately intended to put a child that was not biologically mine to my breast. Before my husband and I took in our two youngest daughters, we had looked into private adoption. As a true believer in the slogan “Breast is Best,” I studied up on adoptive nursing. I fully intended to nurse the newborn child we thought we’d be adopting. Things didn’t work out that way, but I was prepared. The purpose of my intent was not just to nourish, but to soothe, comfort, and bond. All of these are gifts of motherhood.

That being said, I can’t definitively state how I would feel about another woman nursing “my” child. Nursing is, at its core, a very intimate act. However, does that preclude my husband from intimately bonding with our child as he feeds her a bottle? Certainly not. I’m still emotionally muddled about how I might react to another woman putting my child to her breast.

In the same vein (so to speak), I can’t imagine another woman handling my husband’s member. If he ended up in the emergency room with an injured member (I don’t know how; it’s for the sake of argument, okay?), and the ER doc was a woman, I’d tell her to handle with care and get to work. It’s all about circumstance, I suppose.

Enough about all that, though. What I’m really amazed at is how these sparring women, who previously enjoyed a respectable degree of noteriety, have literally overnight lit up the Internet, made it next to impossible for me to access my mobile Twitter account, and garnered a plethora of new commenters, subscribers and followers while conducting their girl-war online.

It seems that nursing someone else’s baby (or observing the borrowed boob spectacle) and blogging about it is a sure-fire way to increase blog traffic.

So… who’s got a hungry baby? My 34Ds are here and waiting!

Or, I just need one mommy blogger to virtually bitch-slap me so that I can Tweet about it and crash the Twitterverse!

P.S. – Unlike the popular girls, my comments are ALWAYS enabled. Have at it.
P.P.S. – Just don’t be a pansy and comment as “Anonymous.” That’s lame.

Blurted by Christina-Marie Wright at 1:46 PM