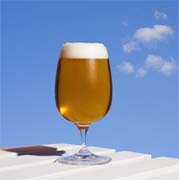 Sympathetic physicians have, over the years, helped with my flight anxiety issues – and by sympathetic, I mean they have sympathy for my husband, who has to sit next to me on the plane – by prescribing me Happy Pills of various names, sizes, and colors for flights.

Early Happy Pill prototypes provided too much relaxation and led to embarrassing drooling incidents. My current Happy Pill, at first, provided too little, but I fixed the problem by stripping the warning label off the bottle (“Alcohol may intensify effects of this medication”) and taking the pill with exactly two Bloody Mary cocktails. [Important notes: Never remove warning labels from medication bottles. Never use alcohol in tandem with a medication without consulting your physician. Don’t ever use me as an example… I make most of this stuff up, anyway.]

Recently, we flew out of Spokane to Boise on a 6:00 a.m. flight. Since the actual flight time was under an hour, I didn’t want to take an entire Happy Pill, which might knock me out for a couple of hours, so I broke the tablet in two and swallowed half. Since we were running late, as we always are for events that occur at 6:00 a.m., there was no time to hit the airport lounge for a Bloody Mary.

Onboard, I was nervous and jumpy. The half Happy Pill wasn’t cutting it, and I’d put the other half in my suitcase, which ended up in the belly of the plane somewhere. By the time the flight attendant came around with the beverage cart, I was practically clawing my way out of the cabin. “Beverage?” she offered.

The attendant frowned, checking her cart. “I don’t think I have any Bloody Mary mix. I have tomato juice…” She pronounced it to-MAH-to.

“Oh,” she said. “We don’t have liquor onboard… We do have beer or wine, though.”

By this time, I was really, truly desperate for some anxiety relief. I weighed out the options of a crappy beer or a crappy wine, found the crappy beer option more palatable, and ordered. She poured the Pale Ale into a small plastic cup for me with her lips clamped tightly. Then, with that special smile reserved for devastatingly handsome men like my husband, she cheerfully took his diet cola order, and delivered it to him with a wink.

Halfway through my plastic cup I started to feel better and began cracking jokes to my husband that all started with “The last time I drank beer out of a plastic cup was at a kegger in high school and…” Mr. Wright smiled broadly, not at my fabulous wit, but at the fact that I had released my death grip on his forearm.

The flight attendant approached my seat, sans cart, holding a half-empty bottle of beer. “Do you want more beer?” she asked. Then, louder – much louder – she added, “Because you’re the ONLY one drinking beer on the WHOLE flight, and I’m going to have to dump this out.” Then, she actually glanced at her watch, as if to say, It’s 6:30 in the morning, and you’re downing a cold one, lady… Trying to quell the morning shakes, or what?

“No… I think I’m good for now. Thank you,” I managed. How could I possibly accept more beer, even if I’d wanted it, after her proclamation to the entire flight that I was, most probably, a professional drunk?

Mr. Wright can’t bear to see anything go to waste. “I’ll have some beer,” he said. Once the attendant was out of earshot, he whispered, “I really don’t want any. I just thought you might be embarrassed to order more, after what she said.” Despite my insistence that I really, truly didn’t want any more beer, he placed his plastic cup alongside mine on the pop-out tray. The next time our flight attendant walked by, she did a double-take at the two cups of beer in front of me, then shot my husband a look that said, ENABLER!

I downed the second glass in one long gulp.

Blurted by Christina-Marie Wright at 9:13 PM