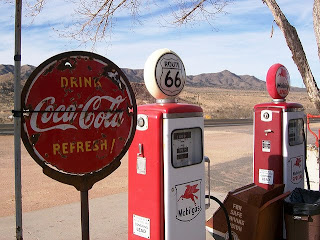 “I left you enough to get to the gas station.”

Is yours a two-car family? Do you, like me, have a spouse who runs one car nearly out of gas, then takes the other vehicle with the full tank, leaving you stranded? I’m just asking.

Mr. Wright considers himself thrifty when it comes to paying for petrol. So thrifty, in fact, he’ll drive 30 miles out of his way to save a nickel per gallon. He’s also a firm believer in not filling the tank until the gauge hangs a quarter-inch below empty – as if squeezing an additional 50 miles out of the low-fuel light entitles him to a certain amount of smugness.

About that 50 miles—it’s actually more like 43.2. At least, that’s what the trip odometer said as I chugged to a stop in front of the gas pump on my way to work a shift at the local library. “Thank You, Lord!” I sang, then added under my breath, “And curse you, Mr. Wright!”

I called him while the gas was pumping, ignoring the helpful gentleman who scowled at me and pointed to the sign that warned of the dangers associated with using a cell phone near the pump. “You said 50 miles! I totally ran out of gas!”

“Where are you?” Mr. Wright asked.

“At the gas station.”

“You got a ride to the gas station?”

Sometimes, that 50 miles past “low fuel” is actually only 40.4, like the other day. I had to run errands and pick up kids. I even attempted to purchase gasoline, but Mr. Wright had relieved me of my debit card without my knowledge. Panicking, I calculated the miles home and back to town. Since we live 15 miles from the nearest gas station, I’d planned on filling the tank before I left town. Sadly, that was no longer an option.

When Mr. Wright ran out of gas about two miles from town with a vehicle packed with children, I responded appropriately. “Really? I was positive it would go 50, Sweetheart!”

I wish I could say it’s the economy, and he’s being frugal, but the warning bells chimed, rang, and then crashed loudly back when were dating. During one of our many inter-county trips, we ran into a spot of bad traffic on the narrow highway. “Don’t worry,” Mr. Wright assured me. “I know a back way.”

Nervously, I glanced at the fuel gauge. “How far ‘back’ is it? I think you need gas,” I pointed out.

“Nah… We have plenty of gas. We’ll stop as soon as we reconnect with the highway.”

Ten miles from the highway, Mr. Wright’s old Suburban took its last choking gasps and died in front of a farmhouse. “Huh. I guess we’re out of gas,” my then-boyfriend deduced. He hopped out of the driver’s seat and sauntered up the sidewalk to the house.

“Sorry to bother you, but we’ve run out of gas,” he explained to the old farmer who answered the door.

“I got some gas in th’ shop,” the old man said, looking at me through the vehicle window. “That yer wife?”

Mr. Wright shook his head. “No, she’s my girlfriend. I’m kind of hoping she’ll marry me someday, though.”

Blurted by Christina-Marie Wright at 10:47 AM