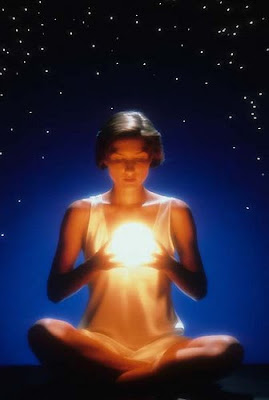 Look, I'm not saying I'm clairvoyant or anything.

What I am saying is that sometimes I have dreams, and they come true. My grandmother was known to read tea leaves and, by all accounts, was quite accurate.

Most of the time, I don't actually remember the particulars of a "seeing" dream until I'm in the middle of the situation the dream foretold. I'll be having a conversation with someone and realize I've had the exact same conversation before - in my dream. It's a weird déjà vu-like thing that's happened to me since I was a kid, and I've learned to mostly ignore it.

Sometimes, though, I have dreams that I do remember, and they seem like things that COULD happen in the future.

Last night, I dreamed that for some reason, Mr. Wright and I were in separate cars before we went to the airport to fly out to Japan. He was one place, and I was another. We were both engaged in last-minute activities (I was dropping the toddlers off to stay with their brother, Omri, and his family; I have no idea what Mr. Wright was doing) that needed to be tended to before the flight.

We were not close to one another in distance or driving time, by the way.

Upon arriving at Omri's house, I discovered that the bags I'd packed for the girls were, in fact, in Mr. Wright's vehicle. Checking the time, I realized there was no possible way to wait for him to drive them over. I called his cell, and he said he'd drop the bags off with a relative, who would deliver the bags to Omri's house.

The next thing I remember is meeting Mr. Wright at the airport. Only then did we realize that we'd left my bags in Mr. Wright's car - where he parked it, OVER HALF AN HOUR AWAY. That meant an hour, round-trip, to retrieve my bags. Oh, and we'd miss our flight, of course.

When I woke up, I pushed the dream out of my mind. How silly! Of course, we'd be in the same car. We wouldn't get separated, so there was no danger of bags being in the wrong place... unless we actually forgot to put them in the car to begin with.

So... I just got a call from Mr. Wright. "Listen," he said, "I have to take the displays for the home show over to my brother, so I'll drive the SUV on Monday, and you can take the girls to Omri's in the sedan. We'll leave the SUV at my brother's house, and we can meet up..."

"NOOOOOOOOOOOOOO!" I screamed, not letting him finish. "Trust me. I KNOW how that idea will turn out." 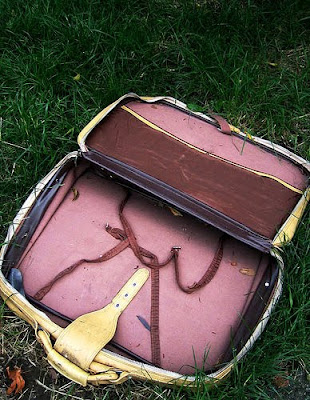 We've formulated another plan: I'll follow him to his brother's house, then we'll go to Omri's together.

Do you have any "gifts" for seeing things before they happen? Tell me all about it, so I won't feel like such a freak.