the Age of the Knock-Knock Joooooooke... 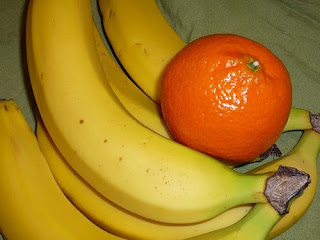 And so, it begins.

At the age of four, Pockets started making up his own knock-knock jokes. They were really good, too, like:

I don't remember the knock-knock jokes that Pepper and GirlWonder used to tell at that age, but I'm pretty sure the punchlines involved the physical act of biting the "Who's there?" party. My girls were biters. They were pretty serious about it, too, achieving a lifetime forty percent return on attempts to draw blood. 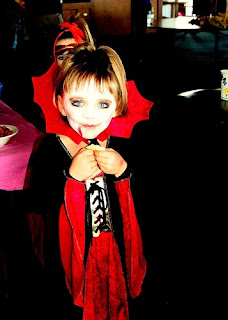 Their middle school vampire-worshiping friends would be impressed!

Now, it's Curlytop's time. She hasn't quite picked up on the give-and-take line delivery yet, but she's getting the idea...