Crimes of the Heart - I've Committed a Few

The Gonzo Mama has come out of retirement, after twelve years offstage.

The last theater production I was in was A Funny Thing Happened on the Way to the Forum, back when I had only one kid. My remarkably similar-looking best friend and I played the Geminae twins. We didn't have any lines, but it's been suggested that we stole the show.

The Mama is co-starring in the upcoming Chelan Valley Players production of Crimes of the Heart, written by Beth Henley. I'm playing Lenny, the eldest Magrath sister, a spinster at the ripe old age of thirty and barren, to boot. (One can only dream.)

If'n yer 'round Chelan, Washington's parts, ya'll outta come on down an' see the show!

You won't want to miss wonderful scenes like these:

The Magrath sisters reminisce over the family photo album: 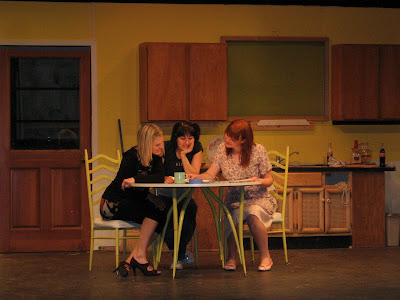 "How could you tell about my boyfriend from the lonely hearts club?!" 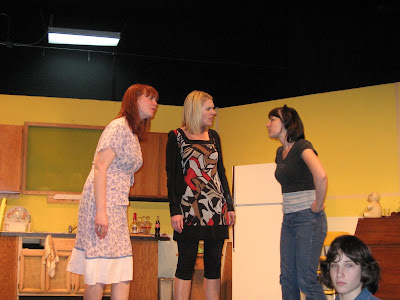 "You have no respect for other people's property! You just take what you want... you just TAKE it!" 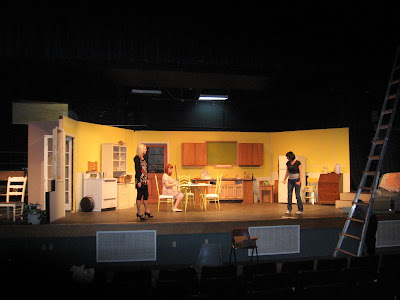 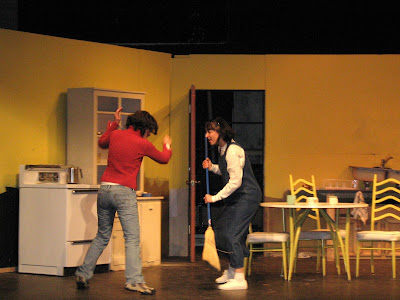 Seeing me in the costume alone is worth the price of admission.

Blurted by Christina-Marie Wright at 1:19 PM