What Happens in Vegas Does Not Happen to Me 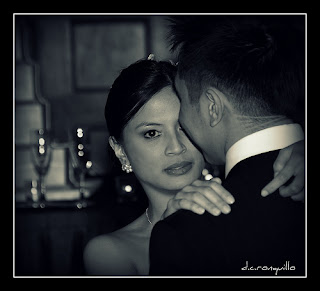 If you get your life philosophies from television commercials, you pretty much deserve the misery that will surely befall you. When the answer for behaving badly is, "What happens in Vegas, stays in Vegas," things have reached a pretty sad state. Especially if you aren't even in Vegas to begin with.

Still, that didn't stop someone I previously thought of as a good family guy from partying, sans wedding ring, with a member of the opposite sex one night and taking that party friend back to his room during a business convention I attended.

Mr. Wright says I'm too sensitive for the world at large. I sort of believe him. It feels like I lose a little bit more of my soul and faith each time someone I like pulls a big-time moral fail.

And I'm exceptionally hard on the ones I actually like.

The teen pal that walked a good and fairly straight spiritual path, saving her chastity for marriage - until she decided that it was ridiculous to wait, since no one else was? I don't even know how to talk to her anymore. Or if I want to. I'm not ready. All I ever seem to be able to say is, "Why?" and "Did you think it through?" and all she can respond with is, "For the love of God please shut up about it," and "It's none of your business."

The friend I had years ago who abandoned his wife and children because he "met someone?" We don't talk anymore at all.

I'm so far from perfect. I smoke. I use profanity. A lot. I yell when I don't need to. I've actually returned a dress after wearing it. I am quick to lash out at people when I feel they've provoked me.

Some days, those are the nicest things I can say about myself.

Isn't marriage hard enough, without tainting it with infidelity? I know that Mr. Wright, many days, finds me damn near intolerable. I mean, who wouldn't?

Anyway, back to my friend.

Maybe I did what I did because I believe in marriages. Maybe I did it because the bartender put something in my drink (alcohol). My married friend left with the party girl but came back when he realized he'd left his phone. When he returned, I put my arm around him, and drew him close.

"Hey. I was wondering - is your ring in the shop?" I asked, close to his ear, so he could hear me over the noise in the bar.

"Your ring. Your wedding ring. Is it getting some work done at the jeweler's?" I pulled away to look him in the eyes.

"Well, you know, what happens in Vegas..." He had the decency to at least appear embarrassed about his choice and laughed nervously.

Suddenly, he switched tracks. It wasn't a Vegas thing, it was just a misunderstanding. "Look, I'm just walking a colleague back to her hotel. I just came back to get my phone."

"Good idea. You wouldn't want to miss a call from your wife, now, would you?"

There's a good chance that my Jiminy Cricket impersonation changed nothing for my married friend. I know it changed something for me, though.

I'm more grateful than ever that Mr. Wright is not the guy who leaves his wife - and his ring - out of sight and out of mind.

Blurted by Christina-Marie Wright at 1:58 PM

Email ThisBlogThis!Share to TwitterShare to FacebookShare to Pinterest
Labels: affairs